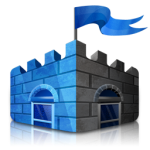 Interesting research out from Microsoft today finds computer users in the United States tend to be more security and privacy centric that many other countries, but we still have a long way to go before we can considered ourselves highly-secure online.

An executive summary, which you can find here, sums up the research (click on U.S. Executive Summary for U.S. results). Responses were ranked in Microsoft’s Computing Safety Index, which gives a weighted score of three tiers of activity, each consisting of different steps consumers can take to help protect themselves and their families when they go online. The more steps taken, the higher the score; 100 is the highest rating possible.

In the summary you can read about how several countries ranked with regard to taking steps such as using strong passwords, keeping privacy settings on high when using social networks and running up-to-date anti-virus software. Take a look and see what you and your family are doing when online and what you might consider doing in the future to up your security rating.

The average score across the five countries was 34, which is considered on the lower end of “adequate” by Microsoft’s standards (they don’t call it that, but their terminology “take it up a notch” is basically saying “you’re doing some things, but you need to do more.”).

Always keep in mind that when research comes from a vendor, which is what Microsoft is, there is, of course, going to also be a motive to get you to buy products. CyberSavvyMom will always point this out to you when writing about vendor-sponsored research. Still, if the results were not noteworthy, I would not take the time to write about them.

The majority of Americans polled said they believe that they are primarily responsible for protecting their own security and privacy compared to the government or companies that conduct business online. This is good, in my opinion, because only we can truly look out for ourselves online, where we come across nasty viruses, malware, scams and other threats each day.

Among some of the findings:

–       Fifty-one percent noted being concerned about their activities being tracked

Again, check out the report and see what you think? Are you a secure online user? Or could you stand to take more steps to ensure your privacy and safety? Leave a comment with your thoughts.

One thought on “How secure are you online?”