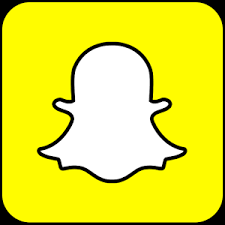 Snapchat has a new feature that allows users to see where their friends are posting from. But this new location sharing feature has some concerned about privacy, and broader implications like stalking and bullying.  The good news is you can disable it. Check out these stories for more information on how to do that:

But it’s not just an event for business folks, inventors, and entrepreneurs, they want to see students and have arranged lots of activities to entertain everyone in the crowd.

“Students – You are an important part of making Boston an awesome tech community!  Join us at Boston TechJam 2017News where you can connect with other students as well as leading companies in the tech community. Kickoff summer with lawn games, music, summer eats, a slushy bar and so much free stuff you’ll need a bag to carry it all out!”

Home to some of the most prestigious schools in technology and innovation, Boston is bursting with brilliant minds who’ve discovered amazing ways for technology to shape our future.

This is your chance to meet them first hand. The TechJam team will celebrate its 5th Anniversary of holding space–lots of space–for some of the brightest students, creative tech start-ups, venture capitalists, and leading technology companies.

You and your family can join them to fraternize, network, geek out, and have a little fun.

Tickets are still available, and this outdoor summer celebration of technological genius might make for a fun after school field trip for high school students who are interested in STEM subjects. It’s never too early, or too late, to get your kids thinking about a career in information and cybersecurity.

Volunteers are also welcomed at the event, so parents and students can volunteer together to HELP@TECHJAM.

“Hi, I just missed a call from this number.” No, you didn’t. You spoofed my number.

The first time it happened, was actually via a text message. Someone wrote, “Who is this?” The non-cybersavvy, coffee deprived and inclined to be helpful mom in me responded with, “Sorry, I’m confused. You just texted me.”

Mystery texter responded, “I just missed a call from this number.”

Kindly, I replied, “Sorry, but I didn’t text you.”

Sometimes I get really annoyed with myself when I make these silly little mistakes that could result in something as minor as future annoyance or as critical as fraud.

Now, I get phone calls multiple times a day from a variety of different people, men and women, claiming to have just missed a call from me.

It’s called spoofing, and in the email world, it’s been around for a while. Many fraudsters have traditionally used spoofing as part of their phishing campaigns. Now, they are spoofing cell phones.

It’s a thing, though according to my tightly knit circle, it’s not happening everywhere to everyone, but I can confirm that it is happening with a variety of different cell phone providers from Sprint to AT&T.

My experience with the customer service provider at Sprint was less than helpful, so I had to go out and do some research on my own, and I’ve yet to gain clarity on whether there are any critical security risks that we cell phone users need to be wary of.

As best as I can tell, there is a risk of giving away our personal information to a fraudster, so share nothing with no one and tell your kids to do the same.

Because, “Spoofing is often used as part of an attempt to trick someone into giving away valuable personal information so it can be used in fraudulent activity or sold illegally,” the act is prohibited by the FCC.

There are all sorts of unwanted phone calls, much like junk mail that has gone from the traditional mailbox to our email boxes. It’s another marketing technique, albeit not a good one.

But, unwanted calls are different from spoofing. These are not telemarketers, and there are step beyond adding your number to a national do not call list that you can and should take if you find yourself answering a random return call that you never actually dialed.

The trick is in recognizing the fraudulent caller. When a fraudster is using the spoofing tools, “The caller ID feature is sometimes manipulated by spoofers who masquerade as representatives of banks, creditors, insurance companies, or even the government,” according to the FCC.

Here are some peculiar details to watch for.

Your best bet is to start blocking the numbers, lest you decide to change your phone number all together. It’s an option that is offered, though a huge hassle with no guarantee that the number won’t be spoofed again.

To play it safe, just don’t answer a call unless you recognize the number, and don’t respond to random text messages. If you think your number has been compromised, you can also file a complaint with the FCC or ask your provider about Caller ID apps.

I’ve done it myself. The prompt comes up alerting me of an annoying software update, and I click on remind me later.

The problem? Later most often turns into never. END_OF_DOCUMENT_TOKEN_TO_BE_REPLACED

Colleges reviewing prospective student applications have publicly noted for several years now that social media accounts are fair game for admissions directors.  If you use and maintain social media accounts, admissions departments can, and often will, search the internet for what they can find on students who have applied to attend their college/university.  And students should be posting, commenting and sharing material with this in mind if they want to put their best foot forward when a curious admissions director starts trolling the web for recon.

Unfortunately for a group of students accepted to Harvard, they failed to heed this advice, as ten prospective members of the class of 2021 were recently informed that their admission to the school has been revoked, according to this story in the Harvard Crimson.